If you have anything further to add to this page like information, pictures of tools, implements and machinery

In June 1848 he established a blacksmith and wheelwrights shop, making carts, agricultural implements, drays and in 1863 he made 250 reaping machines.

The company expanded into steel work for bridges and opened branches in Gladstone(SA) and Quorn(SA).

In 1874 Frederick May was admitted to the business and they branched out into making railway rolling stock.

Advertising from 1916 by Gawler Implement Co Agricultural Enginers states that they were purchasers of agricultural business of the Late James Martin & Co. 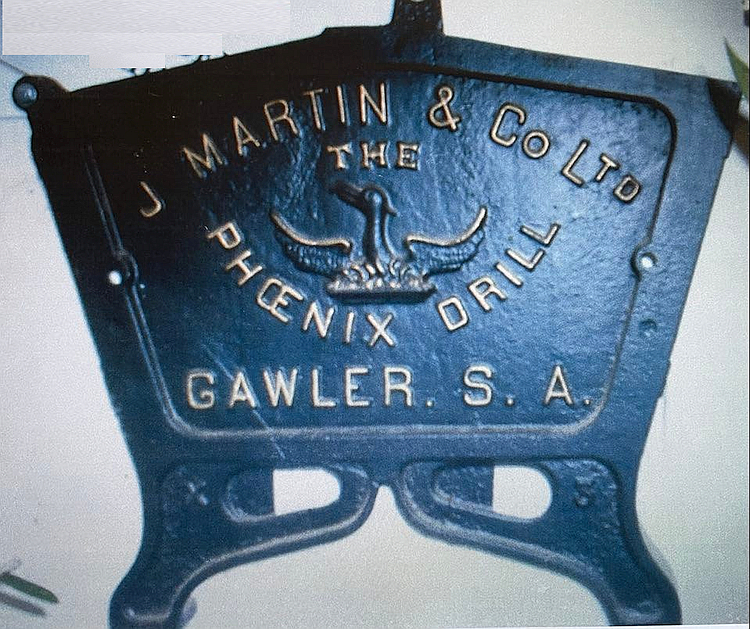 Late Hon. James Martin was born at Foundry, in the Parish of St Stithians, Cornwall, England, on April 23, 1821. His father died before he was born, and
his mother with seven little children, was left in poor circumstances. James had very little schooling and had to earn his living at an early age. His occupation
was that of a millwright. Being a victim to asthma he left England when he was 26 and arrived in South Australia in the year 1847. After working for a time
with Mr. John Ridley, he came to Gawler in the year following— on June 15 th , 1848 and commenced business. It was uphill work, but the advance of
agriculture provided an opportunity for the manufacture of implements, and this he took full advantage of. Later on, the establishment extended its manufactures
to mining machinery, and then to the construction of locomotive engines. The jubilee of Mr. Martin's arrival in Gawler was fittingly celebrated in June 1898.
He filled a prominent place in the intellectual, social, and municipal life of the town, and represented the district in both Houses of Legislature. His death
occurred on December 27, 1899
Ref: Bunyip (Gawler, SA: 1863 - 1954), Friday 21 August 1903, page 2, by National Trust Gawler Branch Volunteers